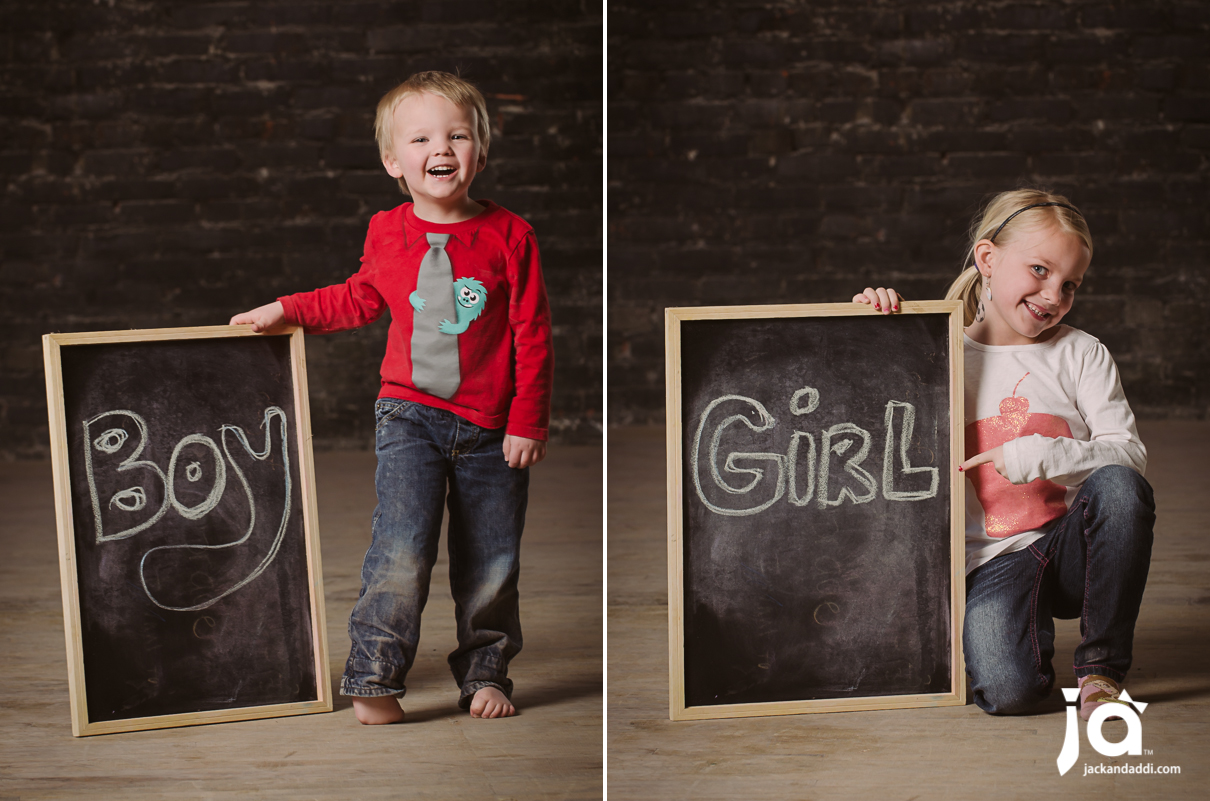 Well I failed as a father, no just as a photographer, well really … I failed as an instruction giver. Like many times before, Heather saw something she liked on Pinterest. It was a gender reveal by way of confetti balloon pop. Seamed simple enough I thought. Boy was I ever wrong.

After Our 20’ish week ultrasound on Tuesday we decided to not find out right away and do a reveal. We had the hospital write the babies gender on a piece of paper and we took it to Party America. We asked the lady there to fill a 3 foot balloon with confetti, blue for a boy and pink for a girl, obviously. So, We got a big balloon and we rented a time slot at the new Billings Open Studio. We took some simple pictures of the kids and us holding signs revealing what sex we each thought the baby would be.

As I was shooting, the thought of how to accomplish the final photo kept running through my head. You see, I was going to have to exactly time the photo to be taken just a split second after the balloon was popped by the kids. Easy enough if I was behind the camera, but I had to be in the photo 30 feet away at that exact time. I thought I would use a trigger, but I hate how you always see yourself pointing the little remote at the camera, I can never hide it good enough. And I couldn’t use a short delayed timer with the remote, because then I couldn’t take the photo at the right split second. So as what to do, what to do, was bouncing around in my head as the kids were running around getting into trouble, I decided to just try to get lucky with a 5 shot sequence taken at 0.5 second intervals. I figured if the kids popped the balloon as the shots were firing we might get lucky. Then came the disaster.

As I was setting this up I had an epiphany, why not have someone else take the photo for us, but who. Well the studio owner Ted was around and graciously offered to take the, one chance and one chance only, photo for us. No pressure Ted. Well actually Ted was great, remember it was me that failed. So picture this with me, Heather and myself sitting on the floor, both kids standing with thumb tacks in hand and a 3 foot balloon right in front of them. My 3 year old son should have just reached right up and popped that thing without hesitation, then I could have blamed the whole disaster on him, but no he was perfect. Ted took a test shot without me knowing, and I blurt out wait lets do a test shot first. Then it happened. I should have just simply and clearly explained aloud to everyone what was about to happen. But instead I say… lets just do a test run okay, so we will just sit here and then Addison… (looking her right in the eye) …i’ll go 1 – 2 – 3 and POP IT! and BOOM!

Yeah, I yelled  pop it to a 6 year old poised with pin in had and a 3 foot balloon a foot away. What was I thinking. I look over and poor sweet Ted has this look of terror on his face. He cautiously mutters something along the lines of “Sorry, I didn’t get it.” He didn’t take the picture, he wasn’t ready of course because I said lets just do a test with a loud pop it at the end. Why didn’t I just say  123 and then he will take a picture. Well the balloon exploded in spectacular fashion and shot confetti all over the studio. We do however have a fantastic photo of the kids about to pop the balloon.

What do you do? We laughed a lot, cleaned the floor and hopefully made a new friend in Ted. As we drove away I was a bit sick in my stomach about how bad I messed up. So after some debate we quickly ran to the party store… again, filled another balloon, ran to the park and did it all over again. This time outdoors, with loads of experience on how NOT to do it. By this time Jack was over the whole thing, Addi was freezing and we were all a bit grouchy. We set the timer, the camera started firing off a barrage of frames, Addison stuck the balloon and confetti went everywhere. And wouldn’t you know it, we got lucky enough and one of the frames had the balloon right as it gave up it’s precious cargo. A simple color that represents the life we will share with this new addition to our family for the rest of our lives. What was the color of the confetti you ask? For that you will have to look below.

With much stress, fun and laughter, please enjoy the photos below as you discover along with us the gender of the sweet baby that will join our family this summer. 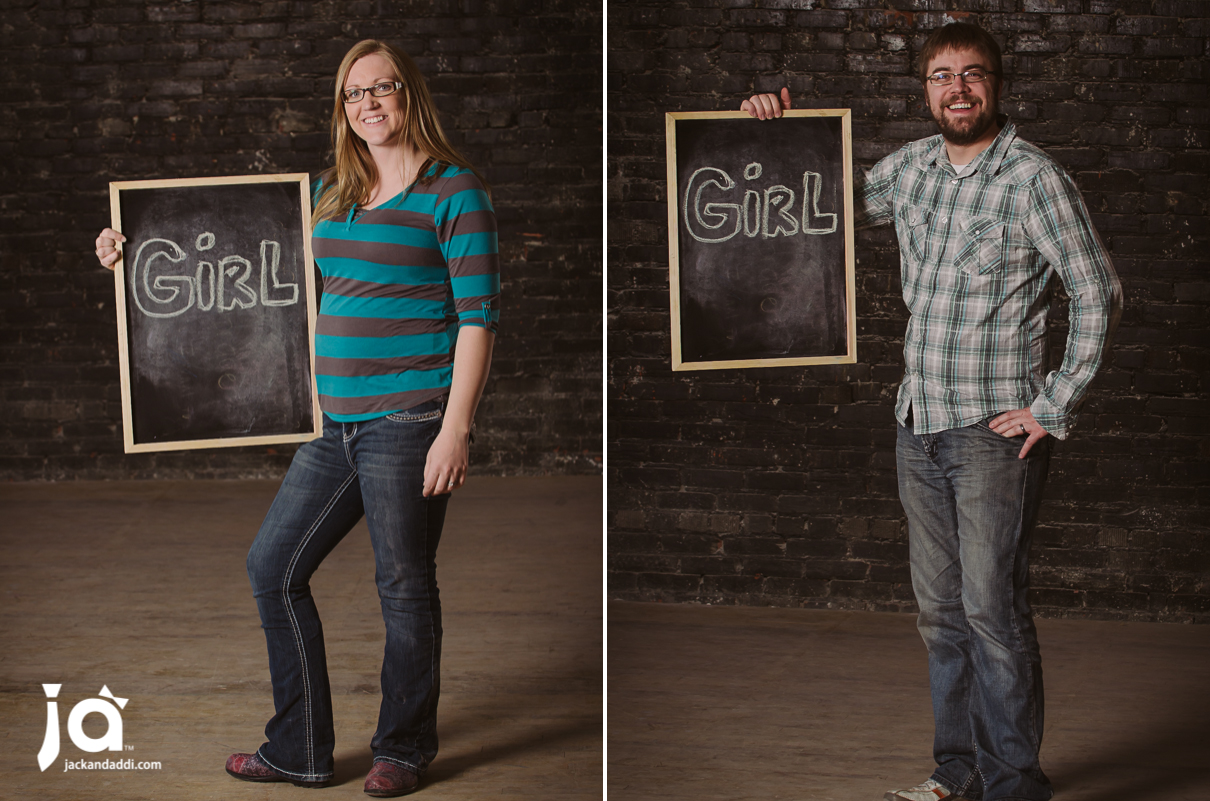 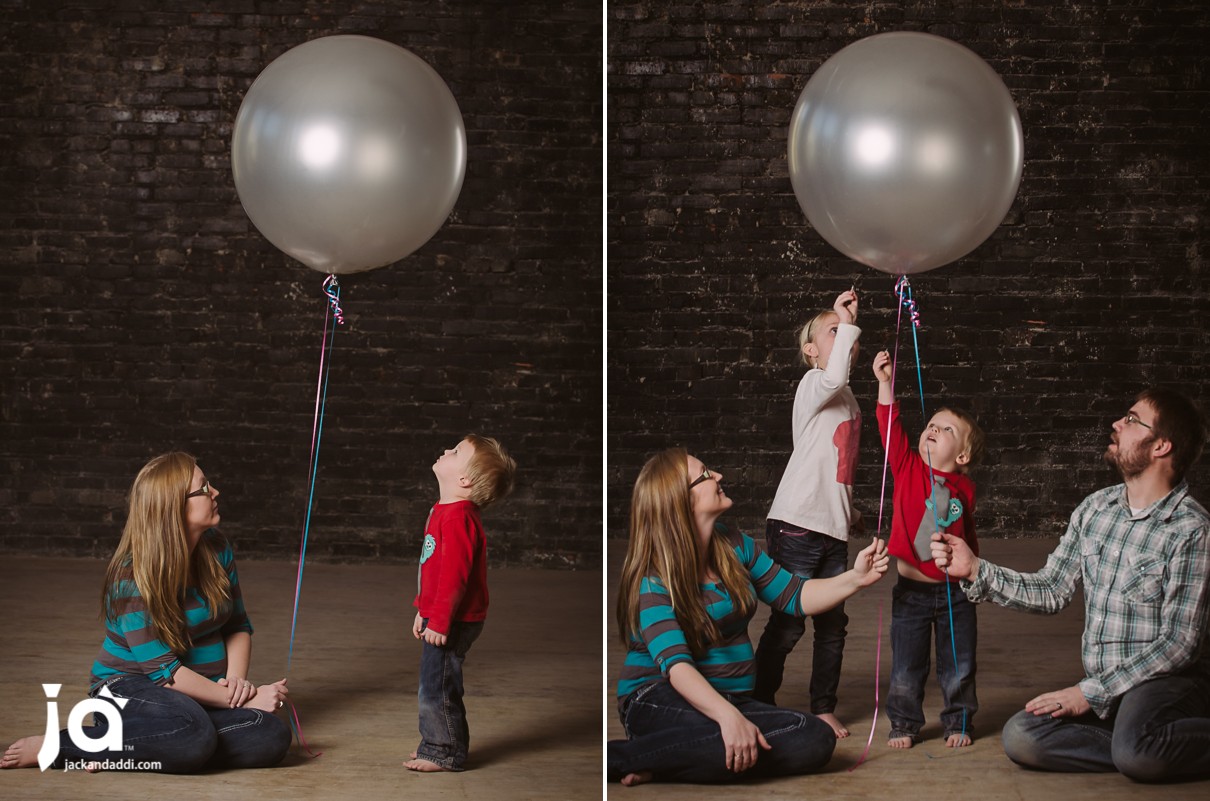 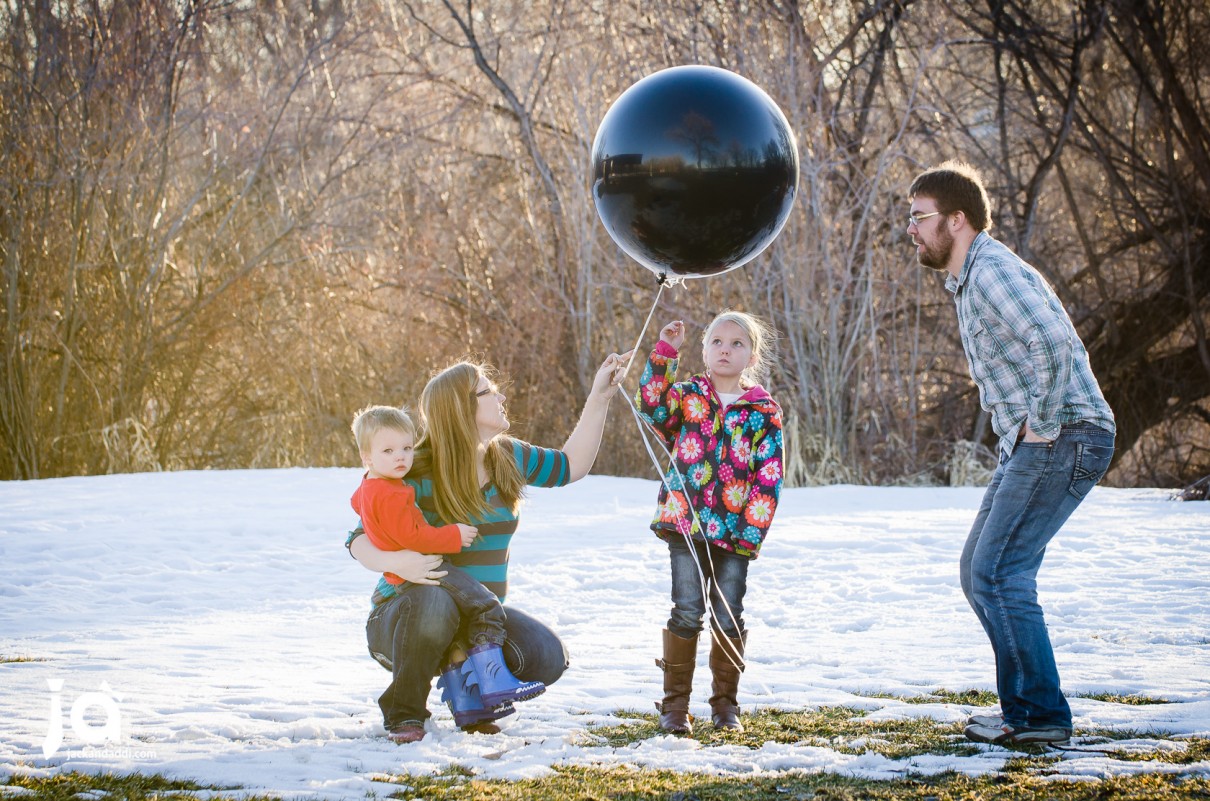 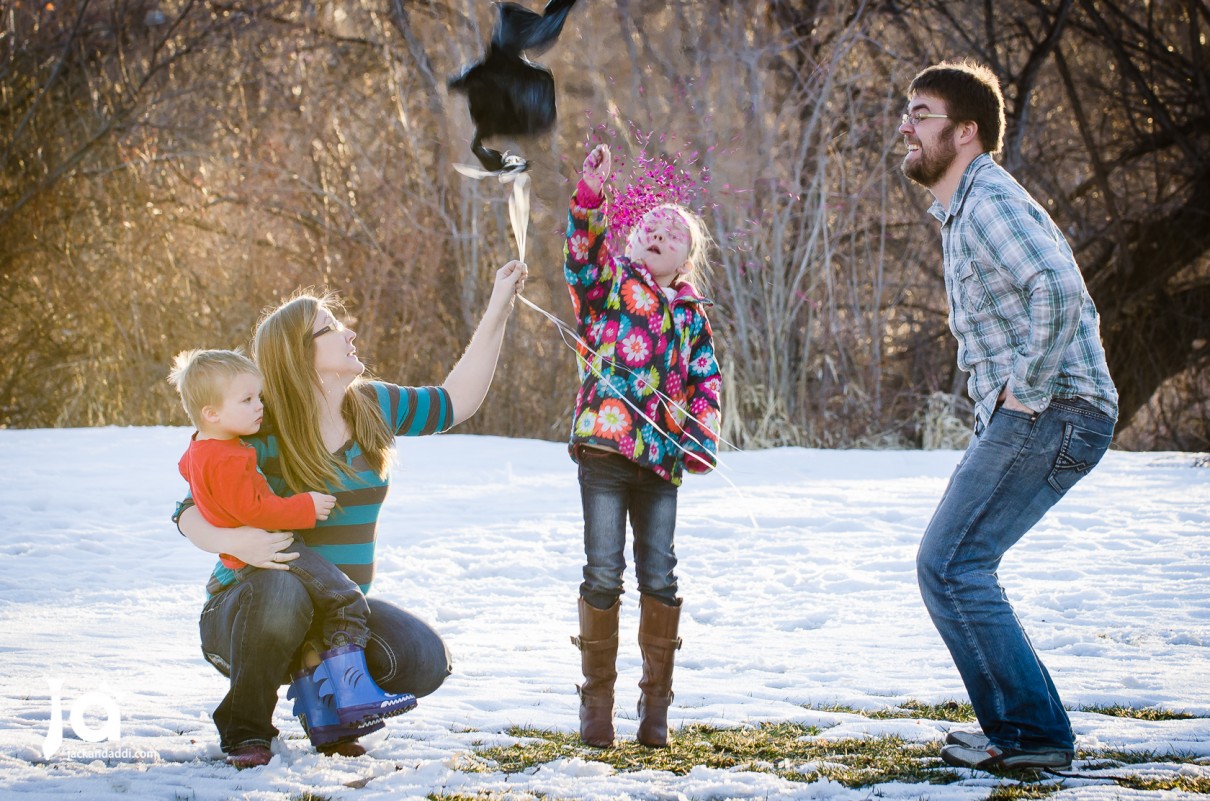 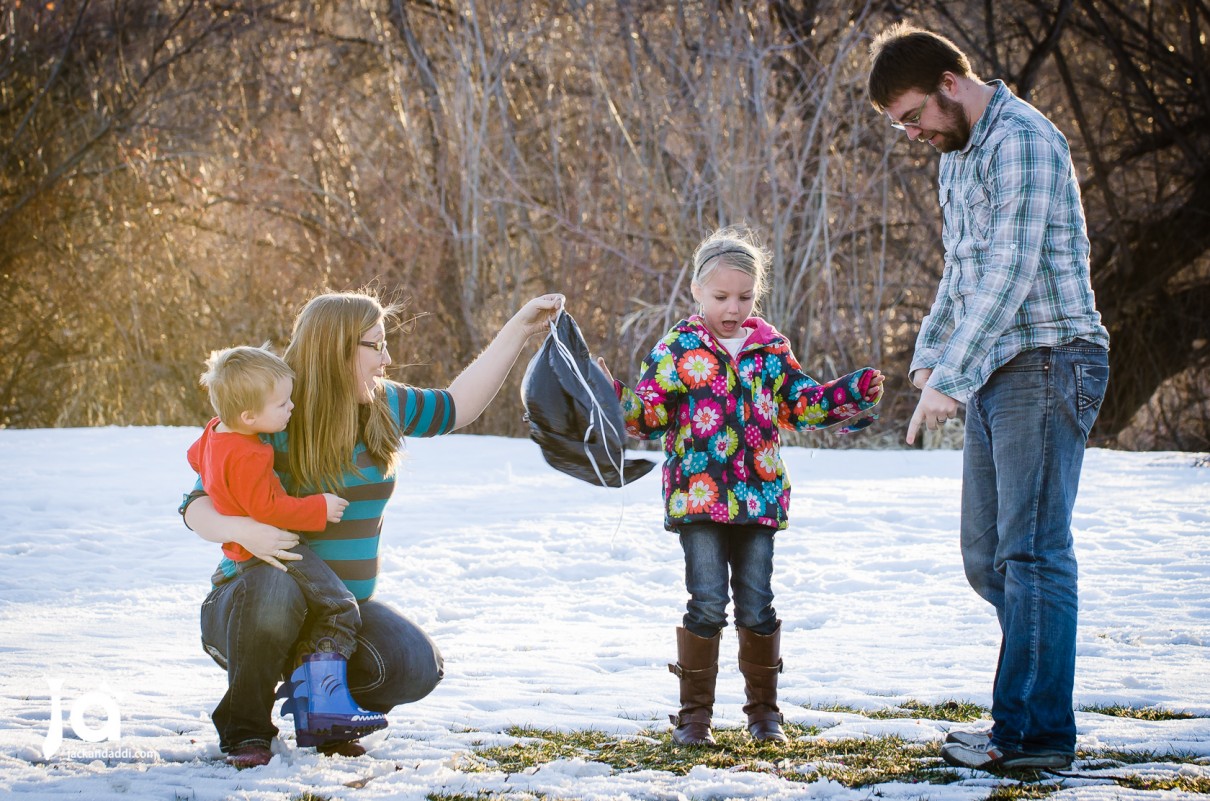 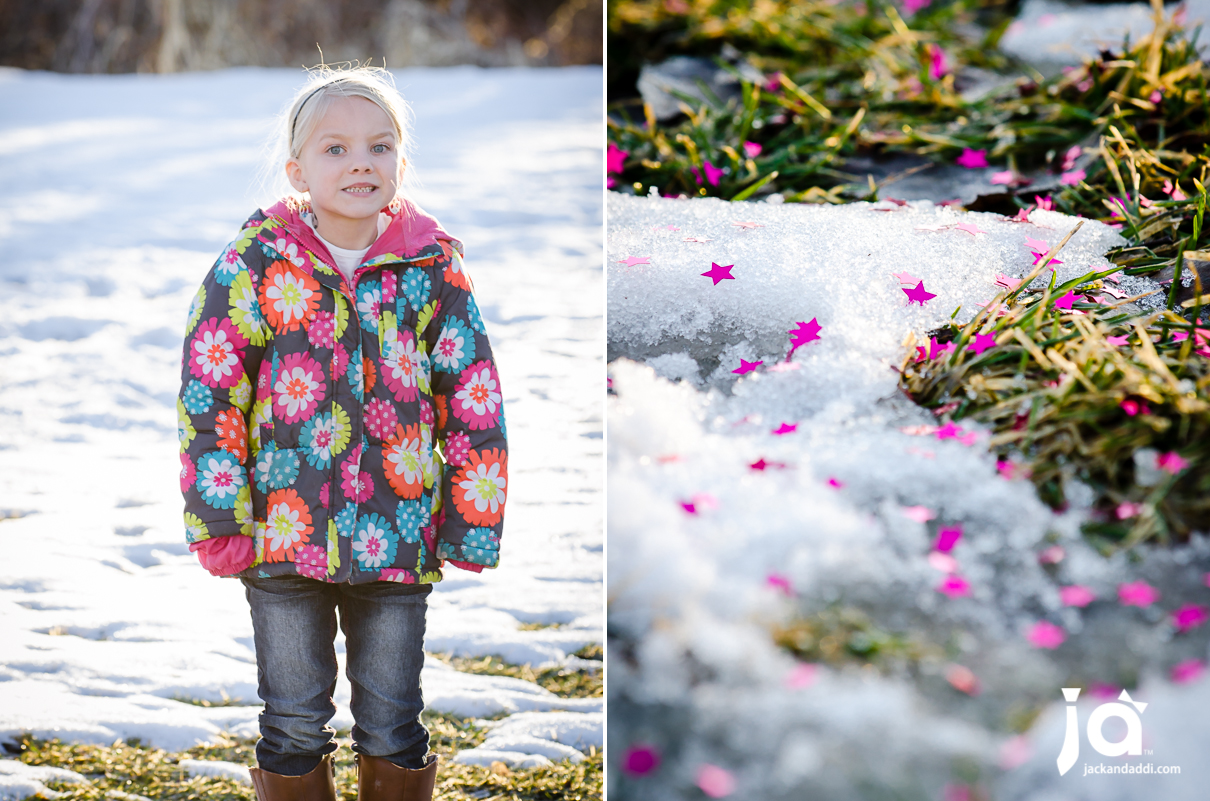 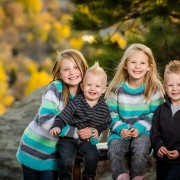 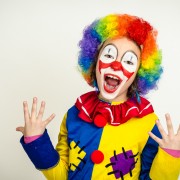 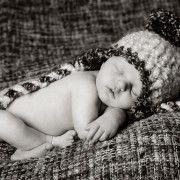 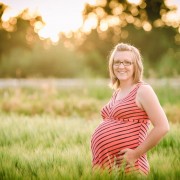 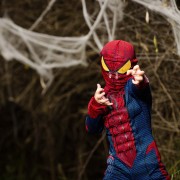 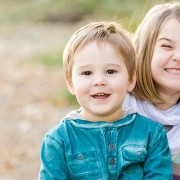 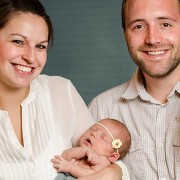 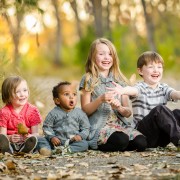 How to Safely Photograph the “froggy” Pose